Project Information:
Phase 1 of the Houston Spaceport at Ellington Airport broke ground on June 28, 2019 and is to be complete in the Summer of 2021. It will be the world’s first urban commercial spaceport which offers extraordinary business opportunities for aviation and aerospace companies regardless of size. This project will provide the groundwork to support and accelerate prominent aerospace engineering practices.

Phase 1 is the beginning of a site where cutting-edge innovations needed to lead commercial space travel and aviation to the next level will be developed. 153 out of 440 acres will consist of 53,000 sq ft of lab and office space along with streets, water, wastewater, electrical power and distribution, and communications.

ParkUSA’s Role:
With a series of many different buildings, fire protection and domestic water supply infrastructure are priorities for the project.

ParkUSA was able to fill this need by providing Houston Spaceport with our water meter system designed to measure the volume of water usage for commercial and industrial applications. Products that we provided are listed below: 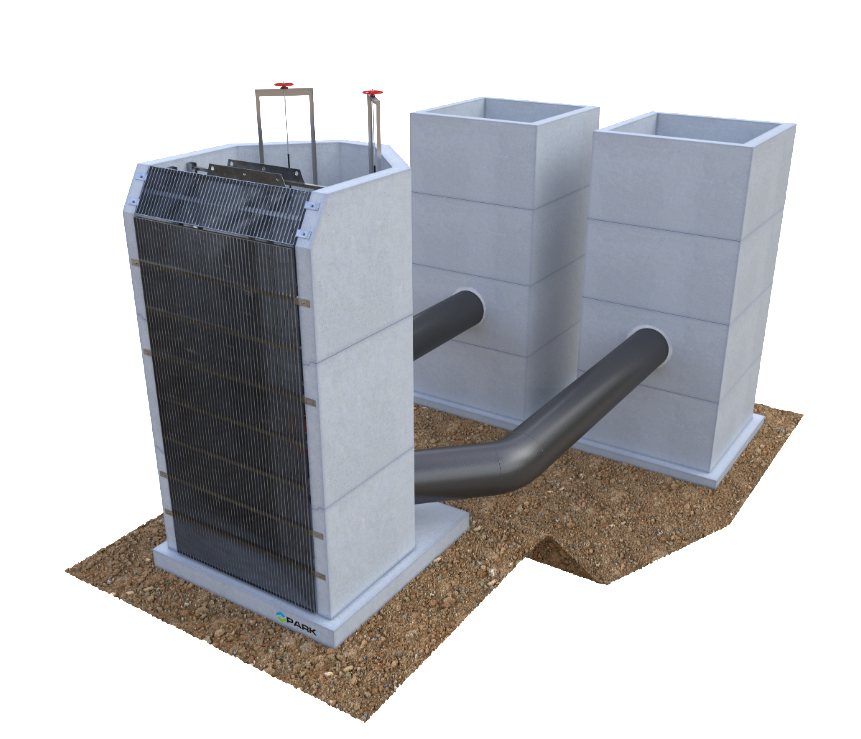 Boardwalk Louisiana Midstream, LLC (“BLM”) provides transportation and storage services for olefins and natural gas liquids and provides brine supply services for producers and consumers of petrochemicals throughout the Gulf Coast. BLM’s new butane injection storage terminal in Freeport, Texas allows BLM to continue to expand its midstream operations across the Texas Gulf Coast. ParkUSA was contacted to assist in the design and development of a fire water inlet structure that supplies water to the site’s fire water pump house.

To accomplish this, ParkUSA’s engineering team collaborated with the project engineer to design the appropriate solution. Because this project involved a fire water pump, ParkUSA utilized the National Fire Protection Association (“NFPA”) 20 Standard as a basis for design. To conform with NFPA 20, ParkUSA followed the requirements set forth in section 4.14.8, as highlighted below:

In addition, ParkUSA manufactured two wet wells consisting of an 8’ x 8’ x 20’ precast concrete vault, reinforced with rebar, and an 8” basin extended lip. These wet wells were to house the pumps used for the fire water pump house. 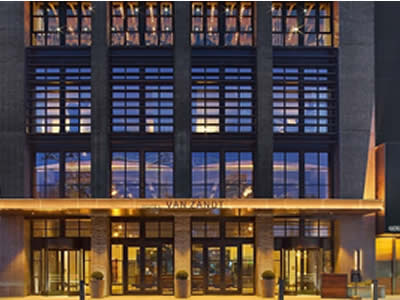 Situated in the newly minted Waterfront District of downtown Austin, the project is directly adjacent to and share amenities with The Shore, a Trammell Crow Company condominium project.

AThe Van Zandt attracts both business and leisure travelers given its location. It is two blocks southeast of the Austin Convention Center, one block east of Town Lake, 1.8 miles from the Texas Capitol Building, and 1.6 miles from the University of Texas at Austin.

Product Information:
The hotel utilizes a 6,000 gallon grease interceptor. The ParkUSA GreaseTrooper Model GTS-6000 was chosen for it durability and performance. The unit is freestanding in the lower parking level with service manholes located in an outdoor service area behind the hotel. The configuration allows for convenient pumping while controlling odors. The interceptor is manufactured of 304 stainless steel and will provide many years of service. A smaller kitchen area uses a compact MGT-400 Grease Interceptor.

The ParkUSA Lint Trooper Model LTS-500 is used for the commercial laundry. This unit is also freestanding and allows for easy access and maintenance.

For the parking garage, the city sewer is protected from oil and fuel by the ParkUSA CMP-200 Sand-Oil Interceptor, in a freestanding configuration. 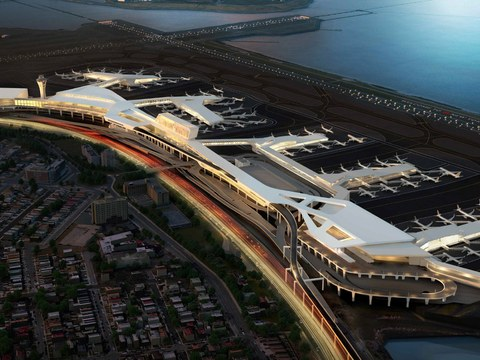 Project Information:
The comprehensive $8 billion redevelopment of LaGuardia Airport (LGA) – comprises the construction of an entirely new airport on top of an existing one, all while remaining fully operational. This project follows the vision outlined by Governor Andrew M. Cuomo in 2015 to create a unified, 21st century terminal system with improved transportation access, 8 miles of roadway including 24 new bridges, additional airside taxiways and world-class passenger amenities. The overall $8 billion investment is 80% privately financed and LEED Silver certified.

In 2018, ParkUSA was contacted to engineer hatchway lid assemblies for sanitary sewer pump lift stations located in the basement of LaGuardia Airport, Concourse B. These lids were designed to retain up to ten feet of hydrostatic pressure head (4.33 psig) and prevent flooding caused by excessive stormwater drainage that back flowed into the lift stations.

In 2019, ParkUSA was contacted to complete a similar project for the LaGuardia expansion in Concourse A. However, for this project the hatchway lid assemblies were required to retain up to 15 feet of hydrostatic pressure head (6.5 psig).
To accomplish this, ParkUSA relied upon its in-house engineering and fabrication capabilities to manufacture four hatchway lid assemblies. These assemblies functioned with a 72” x 72” ID lift station, consisting of a square structure that accommodated the following:

Each assembly was hot dipped galvanized for increased performance and durability and designed to be watertight up to fifteen feet of hydrostatic pressure head, or 6.50 psig. Upon completion of the fabrication process, the hatchway assemblies were factory performance tested to ensure all project requirements were achieved.

Project Location Information:
Minute Maid Park, previously known as The Ballpark at Union Station, Enron Field, and Astros Field, is a ballpark in Downtown Houston, Texas, United States, that opened in 2000 to house the Houston Astros of Major League Baseball (MLB). The ballpark is Houston's first retractable-roofed stadium, and features a natural grass playing field. The ballpark was built as a replacement of the Astrodome, the first domed sports stadium ever built, which opened in 1965. It is named for beverage brand Minute Maid, a subsidiary of The Coca-Cola Company, which acquired naming rights in 2002 for $100 million over 30 years. As of 2016, Minute Maid Park has a seating capacity of 41,676, which includes 5,197 club seats and 63 luxury suites.

The largest entrance to the park is inside what was once Houston's Union Station, and the left-field side of the stadium features a railway as homage to the site's history. The train moves along a track on top of the length of the exterior wall beyond left field whenever an Astros player hits a home run and/or the Astros win a game. The engine's coal car is filled with giant oranges in reference to Minute Maid's most famous product, orange juice.

Several small renovations have occurred at the stadium. ParkUSA has provided several grease interceptors of various types to the Astros’ stadium both during the initial construction and renovations.

When water is contaminated by waste products from facilities like hospitals or restaurants, it requires special attention before it can

Most industrial facilities expose materials to stormwater through the outdoor storage, handling, and transfer of product materials, by products, and

Clean water is a valuable resource that Americans have come to depend on for all aspects of personal, recreation, and